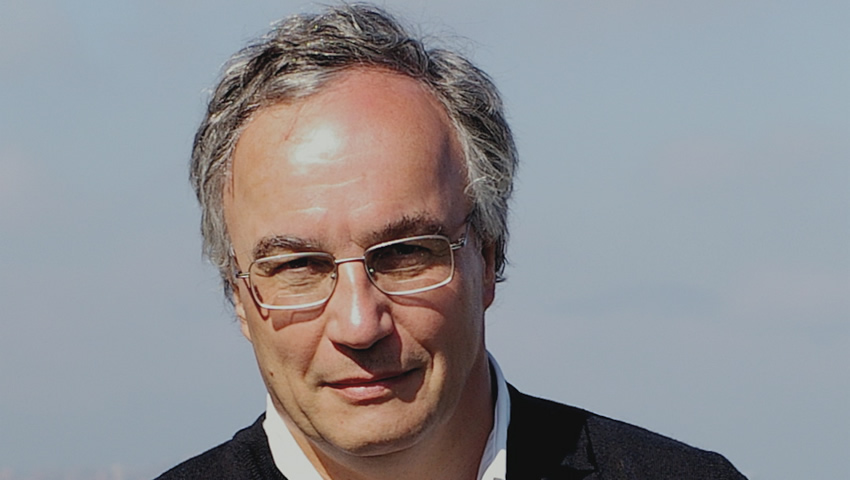 “Bosnian Thought” conducted an interview with Dr. Keith Doubt, a professor of sociology at Wittenberg University in Ohio, US . He is the chief editor of the interdisciplinary, bilingual journal, Duh Bosne / Spirit of Bosnia, which has been published quarterly for more than ten years.  Dr. Doubt has authored many articles on sociological theories, sociology of mental health, and sociology of war. He published a great number of books, such as Towards a Sociology of Schizophrenia: Humanistic Reflections (University of Toronto Press), Sociology after Bosnia and Kosovo: Recovering Justice (Rowman & Littlefield), Sociologija nakon Bosne (Buybook), Understanding Evil: Lessons from Bosnia (Fordham University Press), and Through the Window: Kinship and Elopement in Bosnia-Herzegovina (Central European University Press), co-authored by Adnan Tufekčić. He served as Senior Fulbright Scholar at the University of Sarajevo and the University of Tuzla.

When and why did you decide to explore and write about Bosnia? Why did you choose Bosnia in the first place?

When the war in Bosnia-Herzegovina started in 1992, I lived and taught as a sociology professor in Missouri.  The war was reported everyday in newspapers and on television, and I would listen to radio broadcasts like BBC or Radio Netherlands on my shortwave radio as well.  I could not believe that a creation of an apartheid state with violence was tolerated and went unchecked or that the wanton killing of civilians was becoming more and more a normative practice.  I would talk about Bosnia and Yugoslavia in my sociology classes and try to explain events there and use the events to illustrate various sociological concepts.  I read Bosnet and posted comments, once engaging in a polemic with Robert Hayden, an anthropologist. The exchange became a chapter in the book “Sociology after Bosnia and Kosovo: Recovering Justice” at Rowman and Littlefield.   At the end of the war, I was invited to a conference in Konjic by Džemal Sokolović.  This was my first visit to Bosnia.

If you were to single out some key features of Bosnia that made an impact on you, what would they be?

I would single out the sense of irony, truthful, witty irony, that many Bosnians have.

You took part in the 2019 March of Peace and stated that “the commemorative march is serious”. Could you reflect on your perception of this year’s March of Peace?

Besides genocide, you often mention the term “sociocide” that is reflected in the aggression against Bosnia. Could you shed some light on the meaning of the term? What methods were employed in order to commit sociocide in Bosnia and what was its main objective?

In Bosnia, genocide became in a way the means to commit sociocide.  The statement reverses the order of genocide scholars who see genocide as the ultimate crime in human history. But in Bosnia there was an ulterior feature to the genocide, and that was sociocide.  José Saramago’s novel Blindness narrates the death of society when all but one person, the wife of a physician, goes blind. The novel chronicles the resulting and increasing anomie and the energy of the death instinct at a collective level. Blindness becomes a trope for the absence of the social along with the demise of every social institution. Eventually, the novel shows how it is that human solidarity re-arises, capturing a resilience in the human spirit. A modest burial, a ritual particular to the human species-being, occurs for a neighbor, woman, who is not liked but simply respected as a human being.   Sightedness returns slowly.  Society reemerges.  The social has an unfathomable resilience even in the worst of times. Interdependence and interconnectedness are elements of who we are. The Hobbesian jungle is so nasty, so brutish, and human life so painful and short, that, in response to these insufferable conditions, human beings (with a capacity for not only reason but also empathy) cease collectively to use violence against each other to achieve their ends. Voila!  Society.

On your web portal you claim that “when Croatia and Serbia sought to build nation-states based on an antithetical model of civic order, the healthier and more progressive model found in Bosnia was a threat to her neighbors.“ Could you explain why such a model was perceived as a threat?

Bosnia is a more progressive model because its cultural and social legacy is that of a polyethnic society whose content is an essential and healthy form of social life, community, and togetherness.  Bosnian authors have written eloquently and poignantly on this point.

You wrote a book titled “Sociology after Bosnia and Kosovo: Recovering Justice”. Is the concept of sociology as the study of society accurate following the aggression against Bosnia?

I would say that when sociology accounts for the aggression against Bosnia, it has to stretch itself, become stronger or better than it is.  And for this reason, I would say Bosnia does more for sociology than sociology does for Bosnia.

Bosnia is often said to be “Little Yugoslavia” but you disagree with that claim. Can you explain why?

This is a point that Ivo Banac, the historian, makes.  And I think the validity of this point is more sociological than historical.  Bosnian society and its members resist assimilation, on the one hand, and ethnic particularism, on the other hand, residing in a continuum. Given its close connectedness to traditions, local customs, and common social and political practices, Bosnian society does not dilute itself into a broad category with universal import.  Nor does it reify itself as a supra-ethnic identity, which is what Yugoslavism did for some.

I recently read Derviš Sušić’s Uhode, which was translated into English.  I loved Sušić’s love of Bosnia.  Last year I read Semezdin Mehmedinović’s Autoportret s Torbom and enjoyed every page.  I liked the phenomenological character of the narrative, and also perhaps the author and I are of the same generation.

Did Mak Dizdar manage to express the essence of Bosnian soul in his poetry? What is, in your opinion, that essence? Your web portal is named “Spirit of Bosnia” and you often quote Muhamed Filipovic’s essay “Bosanski duh u književnosti”. So, what is the Bosnian spirit?

It is difficult to say more than what is in the account by Muhamed Filipovic, and it feels reductionistic to try to do an exegesis of Mak’s poetry.  My take is that Dizdar is an exemplar of  the Greeks.  His work resonates with the literary traditions, philosophy, and cosmology of the ancient Greeks, a tradition that is the source of much that is compelling and authentic in Western thought today. Without denying Dizdar’s identity as a Bosnian poet or the universality inherent in this particular integrity, I believe that Dizdar re-captures the ancient Greek spirit perhaps as passionately and deeply as any other modern poet. It is this achievement, moreover, that should ground the admiration of Dizdar as an eminent world poet.

Academics from Serbia and Croatia and European and North American academics who favor Serbia and Croatia censure work or studies that depict Bosnia in a positive frame.  The gates to publication in some of the leading journals are tightly shut.

Where and how do you see Bosnia in the future? What is Bosnia going to look like in 10 years from now?